Do You Know Your Penguins from Your Pandas?

There has been much chatter in the last month about the recent Google algorithm update Penguin 3.0. We waited a year for it and it was a bit of a let-down for some webmasters who had detoxed their website and had expected to be flushed clean of their penalties. Some sites did start ranking again, but some didn’t. No one understands why except Google. At the same time we may have been in  the middle of a Panda roll out   too. So sites which got affected this time could have been hit with the Penguin rollout or a Panda one! Confused? If you are here is some information to help you recognise penguins from pandas.

What is a Penguin Penalty?

A Penguin penalty affects sites where SEO’s are using mostly black hat practises to rank their websites.  Links are very important in helping your website rank. The number and quality are important. The  links that black hat SEO’s acquire are dubious and considered spammy by Google. Google always tries to stay one step ahead of people trying to game the system but it usually can’t. So when it catches up eventually by updating its algorithm, those websites with spammy links and other bad practises are penalised.  This type of penalty is known as a Penguin Penalty. This was the third major update hence Penguin 3.0.

What is a Panda Penalty?

A Panda penalty affects websites which have low quality content or too many ads or duplicate content issues amongst other things.  Sometimes it is just poor web design which leads to these issues – particularly duplicate content problems. Other times it is obvious that the webpage confers a bad user experience with little or no content but has loads of ads flashing up. It promises much but delivers nothing. When Google updates it’s algorithm it may penalise some websites which it considers falls into the bracket of low quality and thin content. This is considered a Panda update.

Penguin updates are rarer than Panda updates. Google says that Panda updates happen monthly whereas we waited a year for a Penguin update.  It is not good to suffer either penalty, and algorithmic penalties are harder to recover from compared to  manual penalties. Unlike a manual penalty, there is no specific guidance from Google if you fall under an algorithmic penalty.  You can check your drop in traffic against something like the  Moz Algorithm Change History    to see which penalty you got hit by and then start to analyse what it was exactly you did wrong.

Follow best practises for web design and SEO and you will be able to steer clear of any penalties. It may take a bit longer to rank but your website will stay clear of pandas and penguins.

If you have a Google penalty, speak to us as we operate a service to remove these penalties. 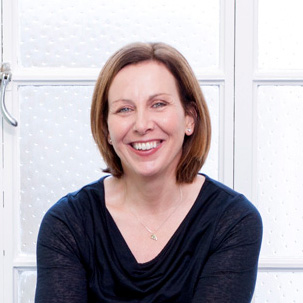 Caroline Phillips is the owner of Alba SEO Services which offers quality SEO services to SME's. Established since 2013, Alba SEO has a track record of success. You can follow Alba SEO on